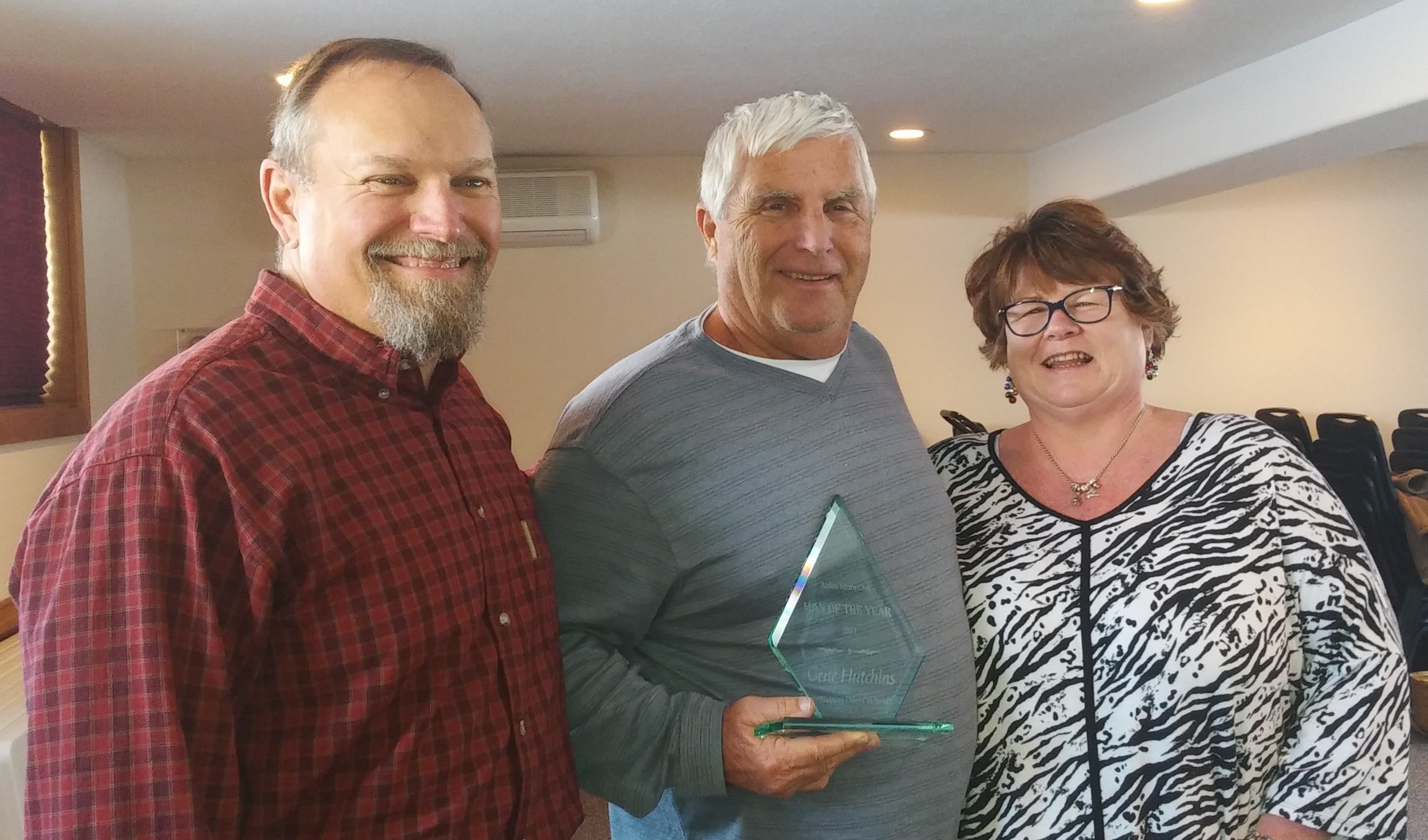 Man of the Year
2017
Gene Hutchins

I'd like to congratulate this year's Man of the Year, Gene Hutchins!

Gene Hutchins is our 2017 Man of the Year because he was everywhere this year. Gene supported this year's rummage sale by being on almost every pickup for the sale. On top of that, he owns a vintage, movie theater style popcorn popper which he and his wife, Laura, used to pop many bags of popcorn that were sold during the sale. As luck would have it, the club was given a similar popper this year and Gene and some of our other members are in the process of rebuilding it for club use. Gene and Laura also teamed up to run the beverage station at this year's Harvest Dinner. Their work was instrumental to the success of the dinner. Gene is our Man of the Year, but the club would also like to recognize Laura for proving the adage that behind every good man, is a good woman!

What's Happening
and How You Can Be Part of It

Back to AMC News Page